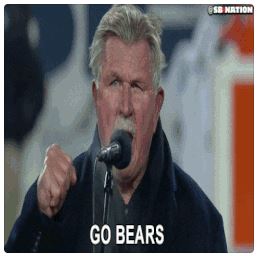 5 PAX Showed at Copper Beach expecting to find a little snow on the ground…no such luck! Or was it good luck?

I showed up at Copper Beach a few minutes early to survey the weather and make final workout decisions – only to see a head lamp approaching in the distance already. Major respect for Chef B who ran to the workout from his house (and would later go home the same) and got there before most PAX in their cars.

The inspiration for this workout came from F3 Alpha’s Playball workout. I adapted it to include extra stations and changed some of the exercises…this may have proven to not be a wise move.

We set up a 5 stops  spaced out across the field – lets call it a Pentagon Shape.  Each stop had a cone labeled with a different exercise.

Sometimes things don’t translate from your mind to reality very well – and round one was certainly that. (OUCH)

Each PAX went and occupied one of the cones.

We all started at once, doing the exercise labeled on the cone – As Many Reps As Possible (AMRAP).

The person at Home Base did 20 Burpees, then bear crawled to the first stop.  The PAX at stop one, would then stop their AMRAP and bear crawl to the 2nd stop. This continued on until the person at the last stop bear crawled home and started burpees.  The cycle continued until the first PAX rotated through each stop and finally made it all the way around and back to the starting point.

Kudos to the PAX for completing this…as it got hard. The flaw in this workout idea, since you had to wait for someone to bear crawl to you – it took a while. Meaning you got mucho reps – and by the time the relay around all the stops allowed a PAX to get to the fourth stop, the person at that stop had been doing more Jump Squats than anyone would like to do…ever.

We completed the round and the PAX seemed to agree that Monkey Humpers and SSH caused the most pain. Kinda of rare to get to do 3-4 minutes uninterrupted of some of these exercises.

After that, YHC somehow talked the PAX into doing another round in the interest of science and evaluating a different set of reps.  The 2nd round, we changed it to 5 Burpees before the bear crawl, this allowed for quicker movement and seemed to be a good solution.

Exercises for round two:

Third Stop: Burpees (because, why not)

After completion of Round two – PAX rallied back to the flag as time expired.

In the end –  I might tear this page out of my workout book and not do it again!  If we do it again, I’d go with the configuration of the 2nd round, which gets a little more movement.

We discussed: FiA starting Tuesdays next week and possibly Friday very soon. Awesome to see the growth going there.

We also got to watch the dark park turn light as we were wrapping up.  What a great way to start the day, pushing hard with guys who are willing and able to do almost anything.

Always my pleasure to Q an F3 Workout and push hard next to this group of early morning warriors!