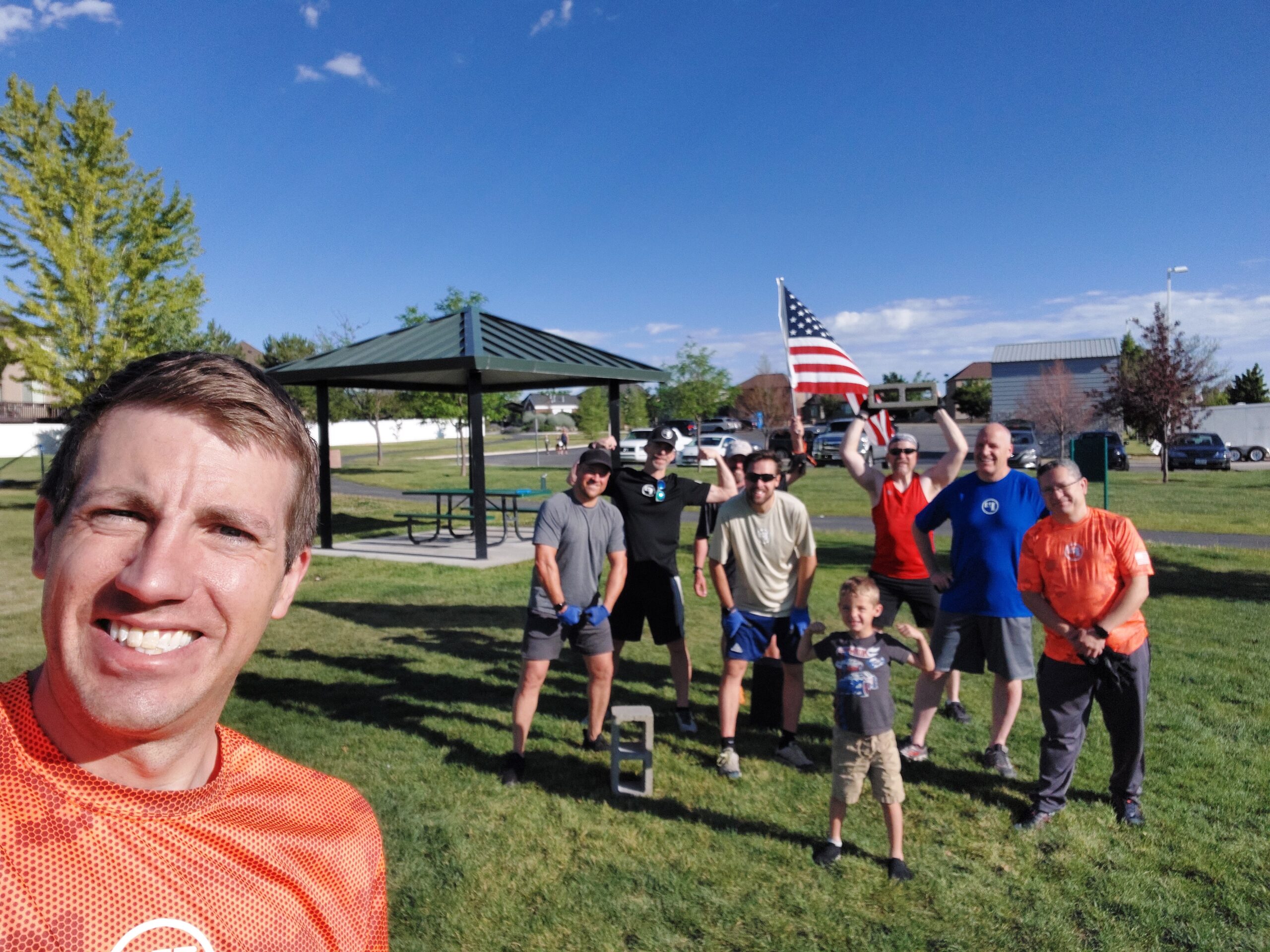 YHC gave the usual disclaimers, and we got to work with alternating coupon exercises and standard warmups until all tardy PAX arrived.

Borrowing a bit from last Wednesday’s Copper Beach “Box of Crap”, 4 moves were explained to the PAX:

Four cones were distributed in a square shape, with 10-15 yards for each side. The 4 moves described earlier were assigned to each cone. The PAX divided into groups of two. The goal of each group was to do 150 of each move as a team. While one person did the reps, the other would travel around the square with their block.

Traveling around the square could take one of three forms:

PAX could decided which mode of travel, but all had to be used at least once. The PAX pushed themselves by mixing in plenty of Murder Bunnies, which were as hard as ever.

When finished, the teams would move to the center of the square and bang out Curls for the Girls until the last team was complete.

While the PAX including YHC were thoroughly beat at the end of the routine, we still had 15 minutes on the clock. We rounded out the time with each PAX picking a move to Q, and then 6ish Minutes of Mary. The PAX finished the hour fully smoked.

Announcements included upcoming hike details and Kingpin’s Cabin details. Kingpin requested prayers for a daughter who had a concussion.