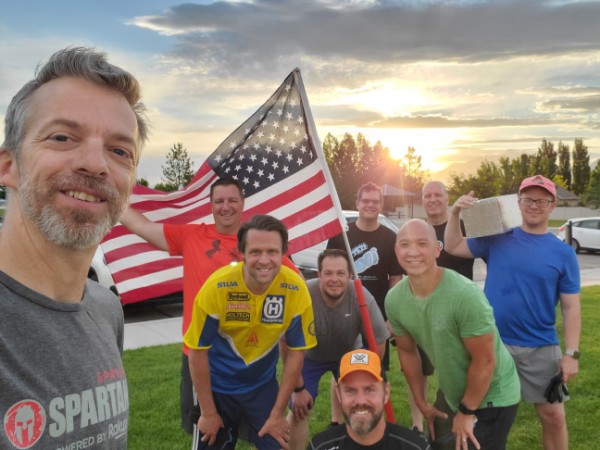 9 PAX showed up on a beautiful morning at Copper Beach to get a little better and to push each other further than we could on our own.

As I was prepping for this workout, I saw an Instgram post by Sam from F3 JaX and decided to go with it.  Kudos to the other PAX around the country using social media and putting together backblasts.

One advantage to being the Q…you can play your own field – and since I ran way too far yesterday, I was all about a workout with limited running.

As I pulled into the lot, a couple PAX – Lockout and Chef B were already completing EC runs – well done boys!

Then we Moseyed around the track to the south….

The PAX started on the field, just west of the Picnic Table area for The Firefighter routine.

Basically a Cycle through – quickly with as little breaks as possible

PAX were given 30 – 60 sec break in between cycles

PAX made it through almost 4 cycles. In hindsight, I should have shortened the warm-up and maybe skipped the mosey….we probably could of hit 7-ish cycles.

It was another great morning with lots of hard work at Copper Beach. We’ve seen good numbers at this AO, almost averaging 10 guys per week over the last couple months.  Let’s keep it up and keep inviting.