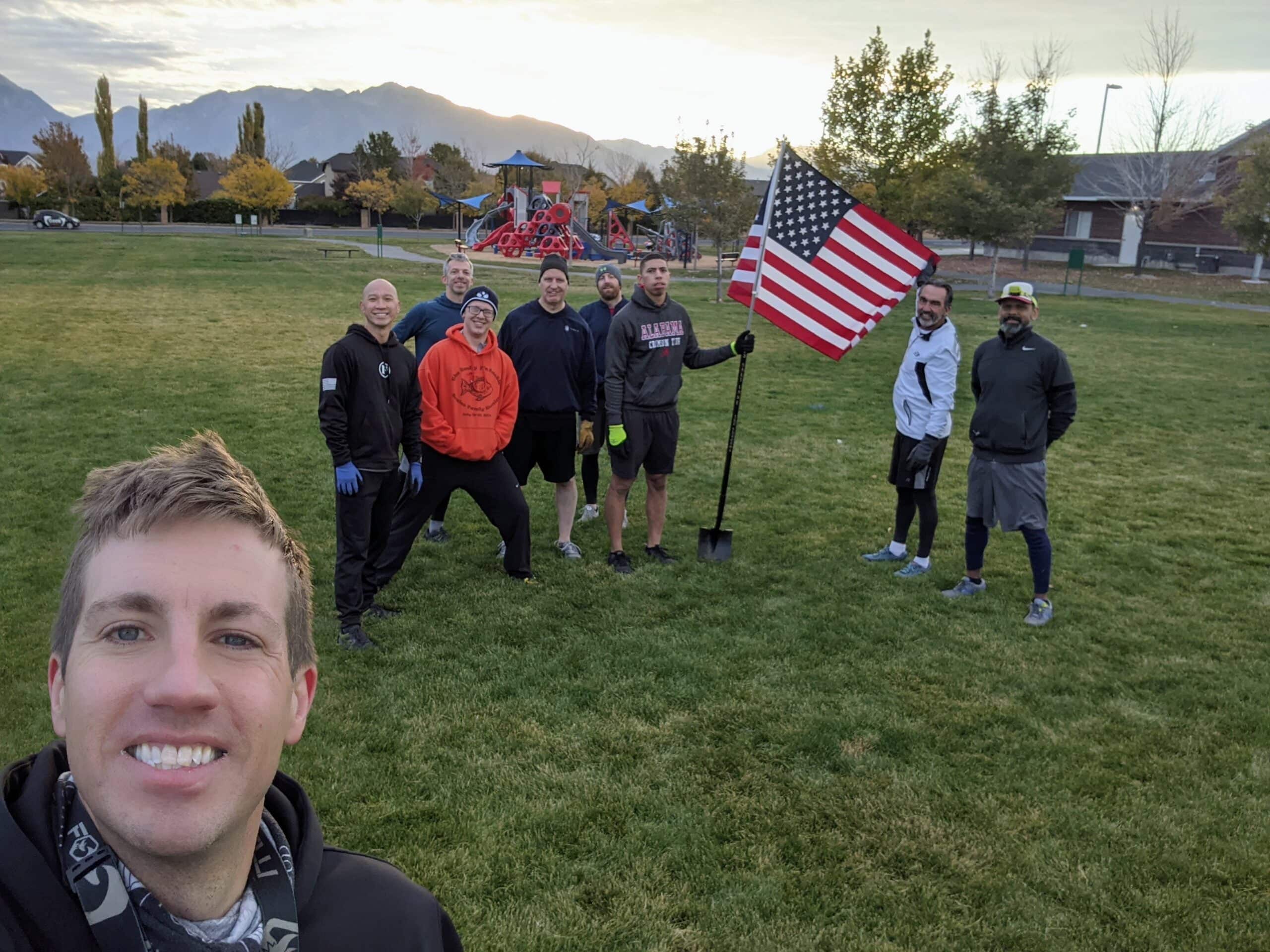 YHC revealed the theme of the day which was workouts themed around a few horror movies. Four in total.

Spider crawls (AKA crab walks) on the winding path around the playground. This involved a couple audibles by YHC making that progressively shorter as a reminder set in of how killer these things are over a distance.

Night of the Living Dead

Switching to the zombie movie theme, we did a zombie chase. This also ties in with the general horror movie trope of a slow-moving nefarious character that always somehow catches up. YHC started with lunch box, while all other PAX ran 10 strides and did a burpee, then another 10 strides and two burpees, followed by 10 more strides and four burpees, etc. YHC was the zombie, and whenever another was overtaken they became a zombie and switched to lunge walks. Like the survivors of most horror movies, Hollywood figured out a way to cheat the system and did make it across the field, thus surviving the zombie movie. We followed by one more round, this time starting with Hollywood as the zombie.

Playing off the blindfold theme, we had all PAX either close their eyes or pull their hoods over their heads and bear crawl all the way across the field. In so doing they had to tackle their fears. Hollywood and YHC monitored and gave audible instructions to keep them going in the general correct direction. We followed up by a race between YHC and Hollywood with it being our turn to bear crawl blindfolded.

7 moves for a minute with progressively harder moves, in honor of the 7 days you have to live after you see the haunted VHS tape of The Ring. YHC relieved some of the plot with each move. Kingpin was thoroughly spooked by the end, so all in all a big success.

With some extra time to spare, started in on Mary as a group with each PAX in order sharing their favorite move and each move running for a minute. Finished up with held plank, and thanks to suggestions from Domo and Raging Cheetah extra time was tacked on and of course enjoyed.