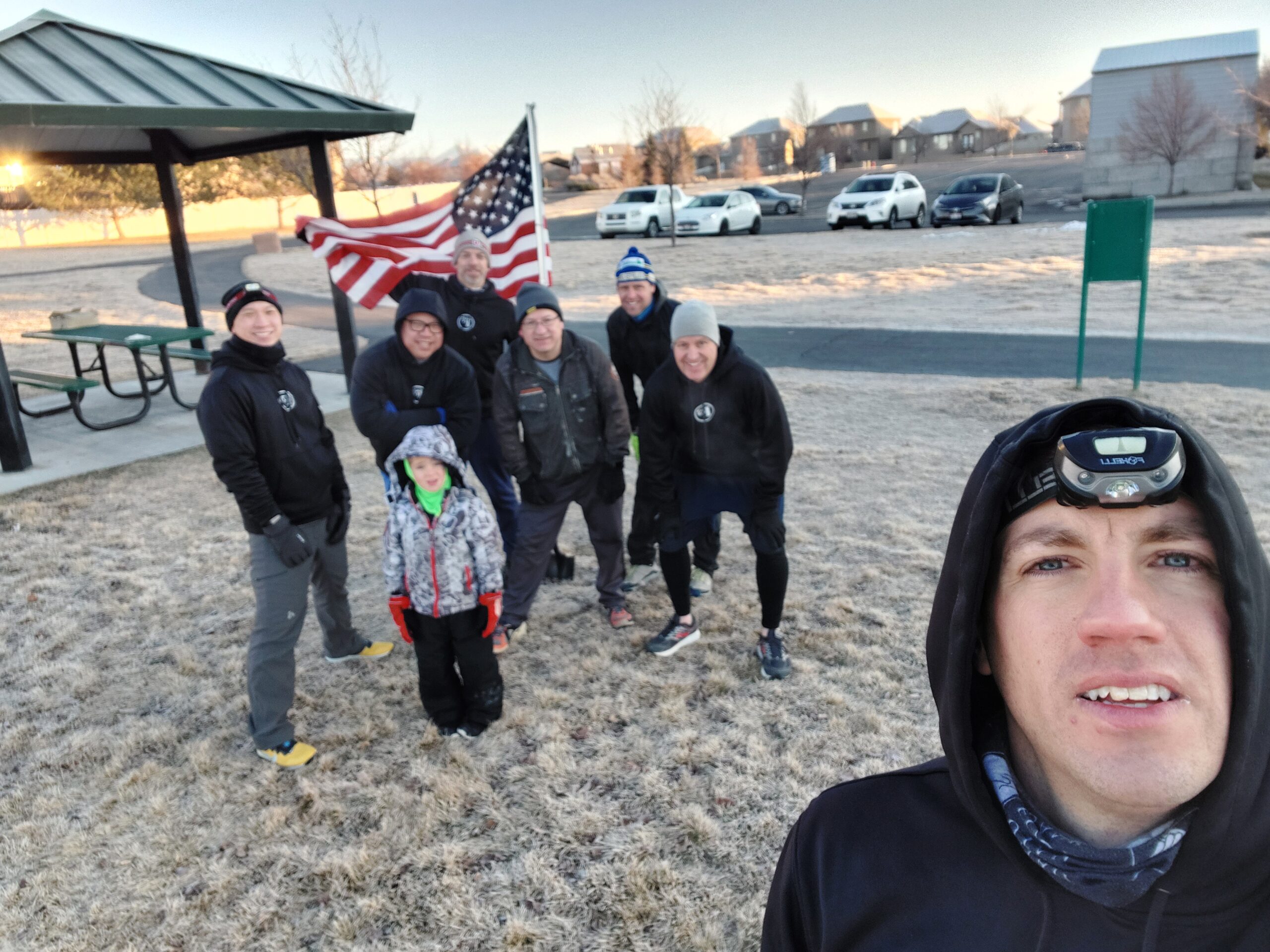 This pic was teased to PAX the night before as a clue to the workout contents: https://ih1.redbubble.net/image.681038352.8249/ssrco,mhoodie,mens,fafafa:ca443f4786,front,square_product,x600-bg,f8f8f8.1u3.jpg . Nobody quite picked up on the hint in the image, a Kingpin hoodie. This workout was all about Kingpin’s hood, our PAX who lives conveniently next to this AO.

YHC missed his alarm somehow and was awoken by the M with mere minutes to leave, while also scrambling the 2.0 Webslinger. Despite that, nothing was missed this time, not even the bathroom break for Webslinger.

Typical warmups with SSH, ‘mericans, squats, grass grabbers, Willie Mays Hayes, burpees, and shoulder work. Explanation of the clue. Mosey’ed to the park in Kinpin’s hood (i.e. the park behind his house), stopping for various planks and ‘Mericans on the way.

PAX paired up in teams. One team member ran the block, literally running around Kingpin’s house, while the other alternated 5 pullups and 10 ‘Mericans continuously until the partner returned and a swap ensued. Chalk was provided to keep track of the laps completed. The team with the most laps after 15 minutes wins. YHC provided the tunes for those doing the stationary work. Thighmaster/Black Diamond narrowly won with 8 laps, though another team was hot on their heels.

Still out of breath, it was time to work the upper body a bit more. We drifted to the Kingpin Hood picnic tables for a pyramid of dericans/aericans/dips from increasing from 10 to 20 reps by the end. We pioneered a dip style of everyone having both hands and feet on the bench. I think Thighmaster dubbed it ‘the boyband’. Domo showed us the next level of dips with feet on the bench, higher than hands. Some PAX were near collapse at the end, which signaled that it was time to mosey back, with stops for ‘mericans and planks of course. Black Diamond taught us the penguin dance, helpful in the 20° temps.

Announcement of the car racing coming up, likely Feb 8th based on the poll, though PAX were reminded to vote. Announcement that Hollywood was stepping down as site co-Q, and GoldDigger was stepping up to replace. Announcement of convergence event Wednesday after next, “Wartle Combat” at Wartle Fields in Bluffdale. Closed out with a prayer, remembering our brother Hollywood and those PAX/families with COVID.