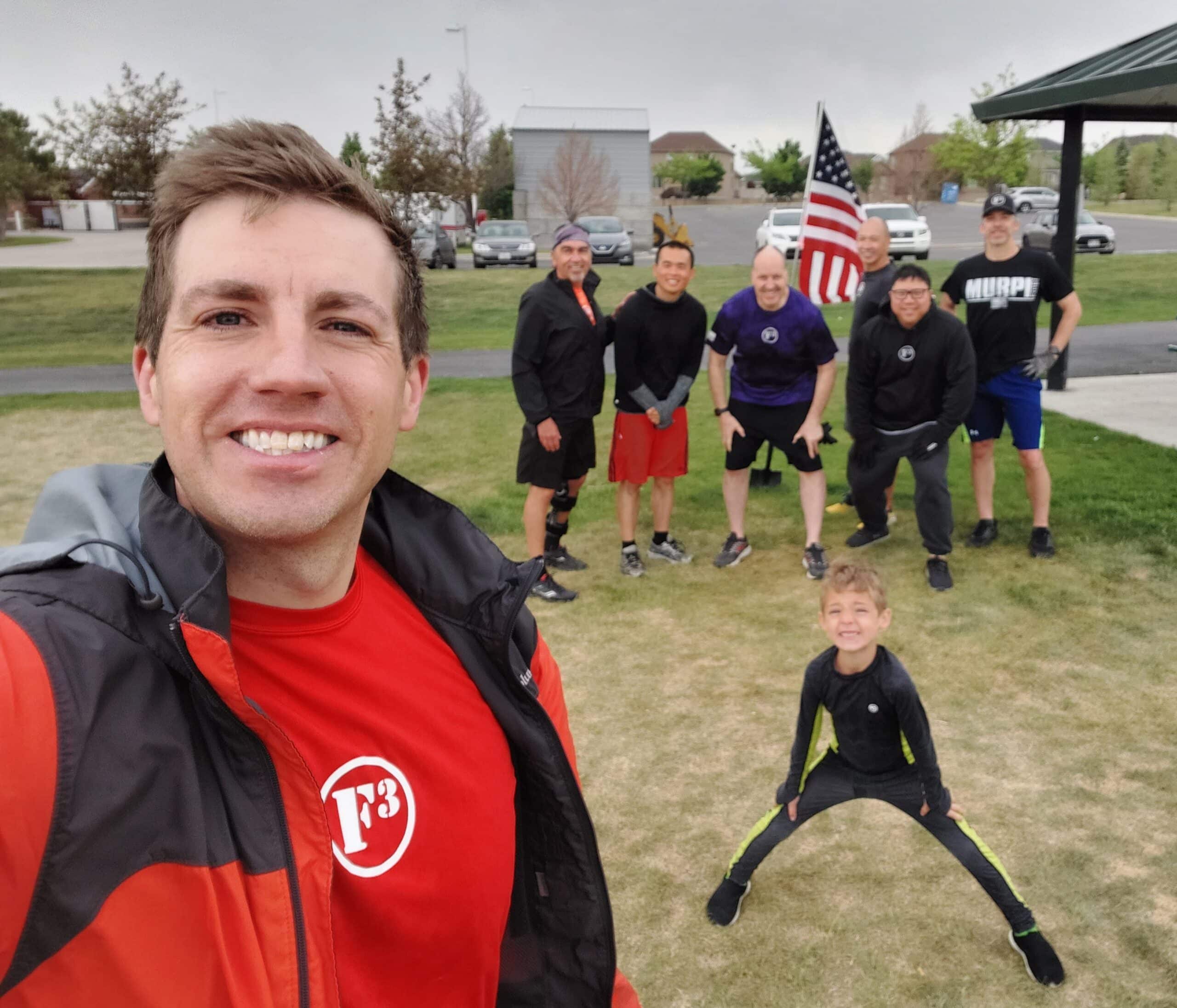 Typical blend of SSH, Imperial Walkers, Grass Grabbers, with a longer shoulder circuit to get warmed up for the pullups on the way. Finished with a plank hold while YHC read the story of Lt Michael Murphy for whom the Murph is named. To keep the plank at a reasonable length, the official presidential citation for Murphy was read from this page: https://www.navy.mil/MEDAL-OF-HONOR-RECIPIENT-MICHAEL-P-MURPHY/

The standard Murph is a 1 mile run, 100 pullups, 200 Merkins, 300 squats, and another mile run, all for time while wearing a weight vest.

The Shadows style is to break it up into chunks. The pathway around The Shadows equates to just over a half mile, so the strategy is to divide the workout into quarters. Three stations were set up for Merkins, pullups, and squats. The beatdown was thus

We broke up into three partner groups to complete the routine.

YHC’s group attempted to complete with a 30lb rucksack, while Raging Cheetah attempted with a weighted vest.

The hour bell rung before all groups could complete, but t-claps to Kingpin/Thighmaster/Domo who elected to put in the extra time at the end to complete their final lap.

Discussion on the meaning of Memorial Day, thinking of those who were brave enough to give their own life for their fellow soldiers, esp Lt Murphy. Announcements of upcoming hike on Memorial Day itself.