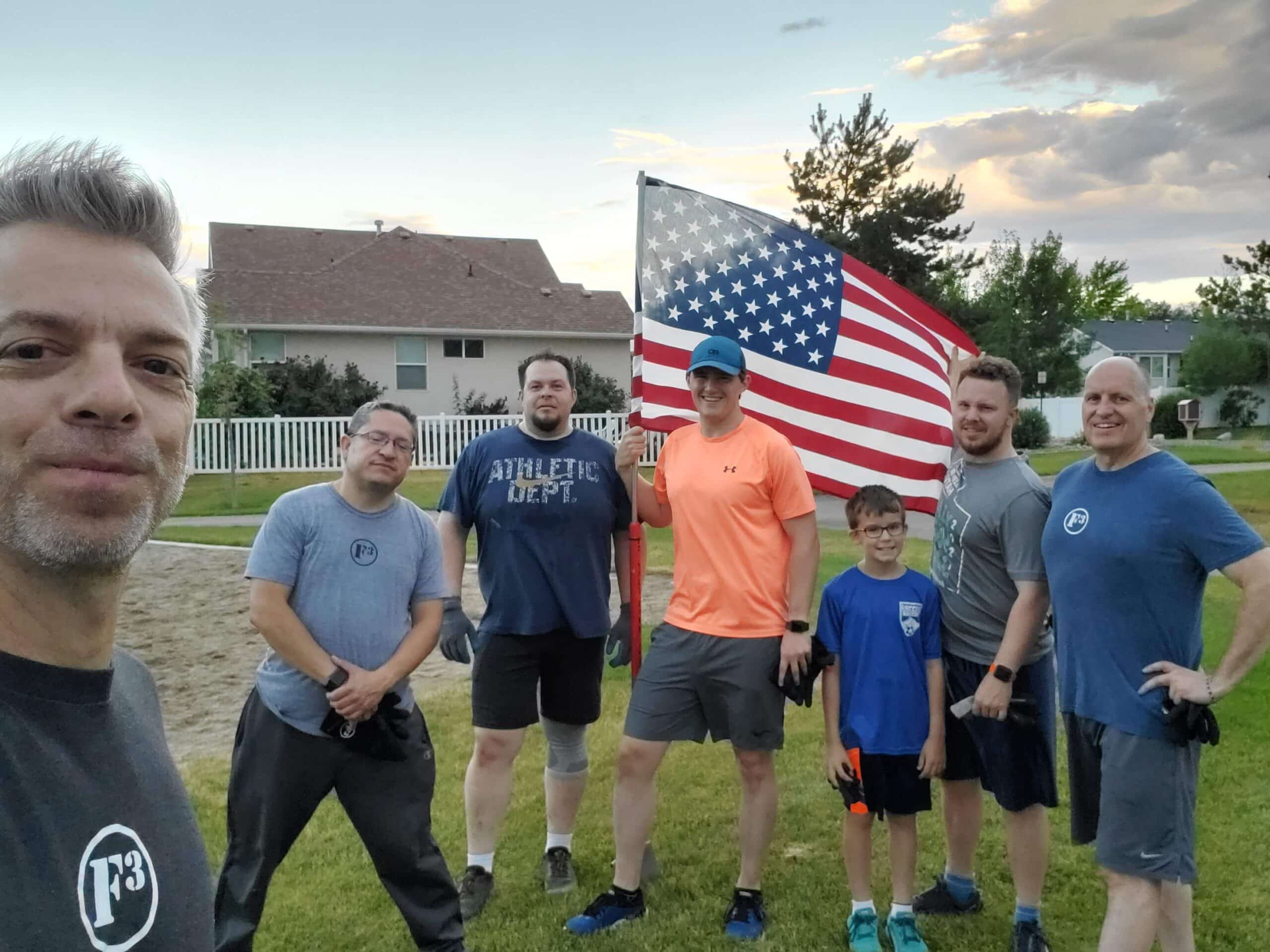 F3 gives us an opportunity to stay mentally and physically strong – and to be prepared for the tests that come our way on a daily basis. In physical training, phrases like “making deposits” – working hard now so that when it’s time to “pay the bills”  you are able to do so. A similar phrase, “putting Hay in the barn” works as well.

Wednesday on a warm, semi-humid (by Utah standards) morning, 7 PAX showed up to put some Hay in the Barn.

Having worked out Doogie yesterday, I heard him ask if we were going to do alot of Burpees…so I modified the warm-up to make sure he wasn’t disappointed.

PAX then started to Mosey on the track on the East Side of the Park – headed North – while I made sure I had my Weinke (Orange Filed Notes memo book) and a pair of dice.

PAX would lap the north part of the park, then make a big loop through the neighborhood and back to the park.

Along the Way, the PAX would be asked to stop and take turns rolling the dice. The result of the dice dictated the exercise.

I set the timer to 60 seconds for an AMRAP for each exercise.

One twist – the PAX rolled the same number as the prior PAX, then the timer went to 2 Minutes – which happened one time this morning (Hand Release Merkins – Ouch)

One of the highlights of our journey had to be watching Doogie’s high speed Tuck Jumps – Impressive and funny at the same time.

All the PAX circled up on their 6 and clockwise took turns leading a Mary exercise. The catch – I picked the exercise – each PAX led in 15 Flutter Kicks in Cadence. We didn’t quite make it all the way around, but a good time was had by all.

This was a great morning at F3. The 1st F ended up hard – but fun. Enjoyed having Hambone, Stimpy’s 2.0 join us – his 2nd workout of the week. Then a few of us stayed after to chat, no coffee in site, but a great time to connect and even talk about Jimmy Choo’s latest movie recommendation – Elvis.

Always grateful for the opportunity and the responsibility of Qing a workout!