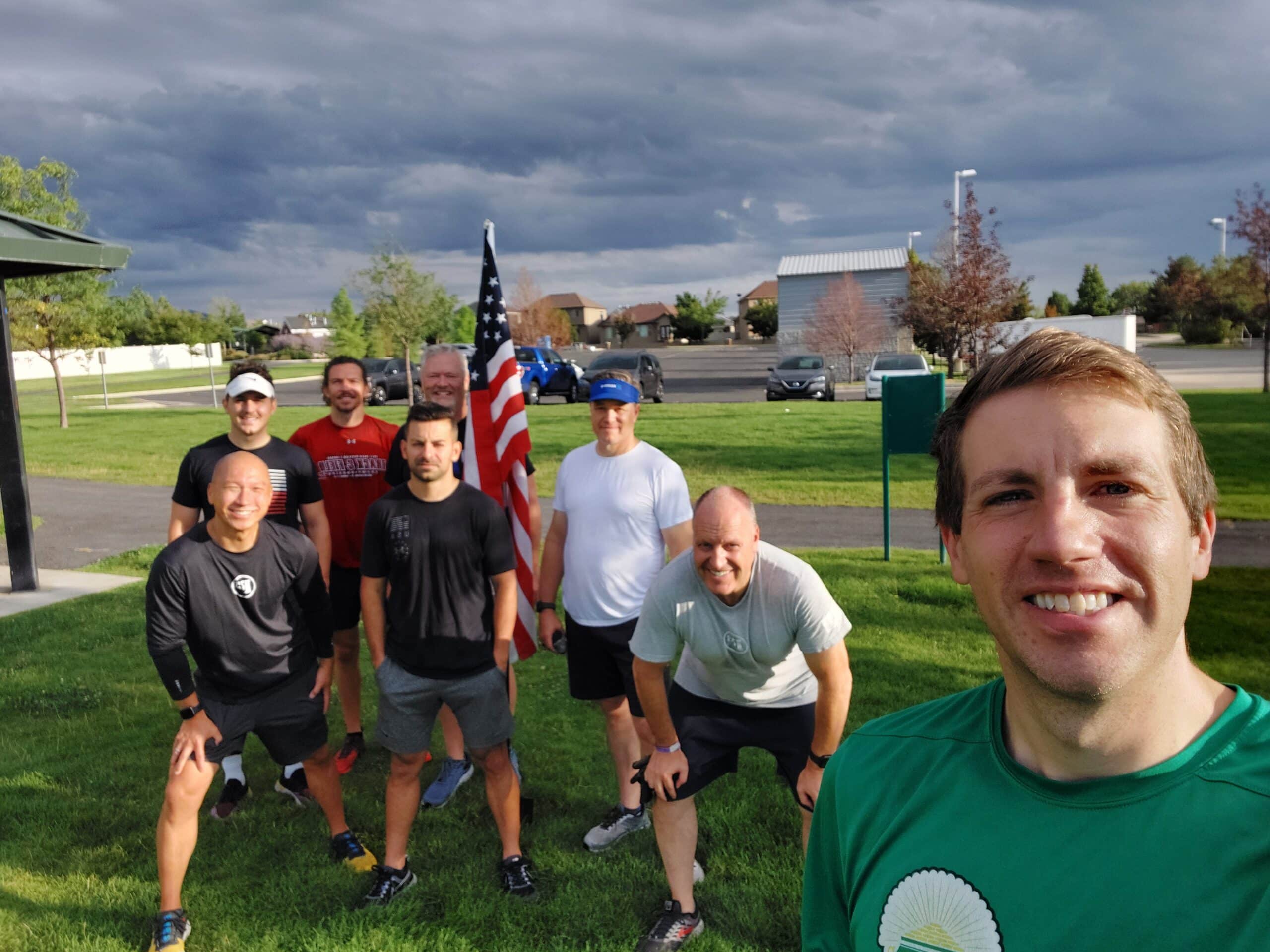 While everyone else filled time with OYO WWII situps (aka Bradley Coopers), the PAX took on the pull-up bar one at a team, banging out 10 reps each or as close as they could get.

For our travel to Merlot Hill, we did an EMOM (Every Minute on the Minute) consisting of an ascending burpee pyramid while en route. Made it to 6 burpees as we reached the foot of Merlot Hill.

Two exercises were presented: superman claps (YHC not sure what this is actually called and could not find in the exicon, but laying on stomach with feet and hands in the air, clap in front and in back keeping arms 6 inches off the ground), and X-factors. PAX split up with half starting at the bottom of the hill and half at the top. Commencing the exercise, each group did 15 in cadence of their assigned station and then ran up or down the hill to the other station, continuing up and down. After about 20 minutes YHC called it. When the Q is out of breath to bark orders, it’s a good thing!

15 minutes of Mary, or thereabouts, split between opposite ends of the field on our way back to the flag, with a mosey in between. Finished with guest Qs from the PAX. Covered Bradley Coopers, Prairie Coopers,  Flutter Kicks, Freddie Mercurys, and Merican Hammers.

Named our interior designer FNG “Franck” after a character from Father of the Bride that held the same position. Some confusion as we thought the character was “Franz”, but Google cleared up later. Offered up prayers for Flush’s family, and spoke the good news of upcoming Iron Pax.