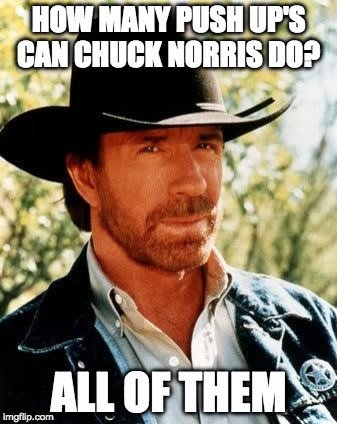 My original thoughts for this Q were to make it hard, and to do a bunch of different Merkins. I feel like, we got those objectives accomplished.

Awesome to have Backslash from Boise post down range. Definitely cool the instant brotherhood you can have with another F3 PAX, no matter he is from.

PAX then moseyed on the track toward the North end of the park and looped back at the end of the field.

Arranged 8 cones, all labeled with different variations of Merkins – spread out in a line for the whole length of the field to the North of the Park.

First round, PAX were instructed to head South – running to each cone and doing 5 reps of the stated exercise, and continuing until all the cones were completed, at which point they would RYO (Run Your ass Off) back to the starting cone and hold a plank.

Round two, instead of running, the PAX would lunge walk to each cone. Instead of 5 reps, we did 10.

Round three, because I have bad ideas, featured broad jumps as the mode of travel to each cone, and then 15 reps (OUCH).

The 8 cones featured these exercises:

PAX then moseyed back to the flag for 30 IC, variable speed, Flutters Kicks.

The Tally was 240 Merkins of various types, with a bunch of running, lunges and broad jumps mixed in. Great effort boys, this got hard in round 3.

Discussed some of my motivations for F3 – and staying strong. Just returned from a business trip where there were 4 guys similar in age to me and they all had excuses for not working out…they were too old, it was too hot, and it was too early. Reiterated, I don’t want to be one of those “too” guys. In other news, I found out I’m going to be a grand father in the Spring. Neither of my parents finished well, and one of my goals is to be active and healthy so that I can fully engage in my kids and their kids lives for  years from now.

Lets keep the pedal down. Let’s stay mentally and physically strong. Let’s invite other guys to do this with us.