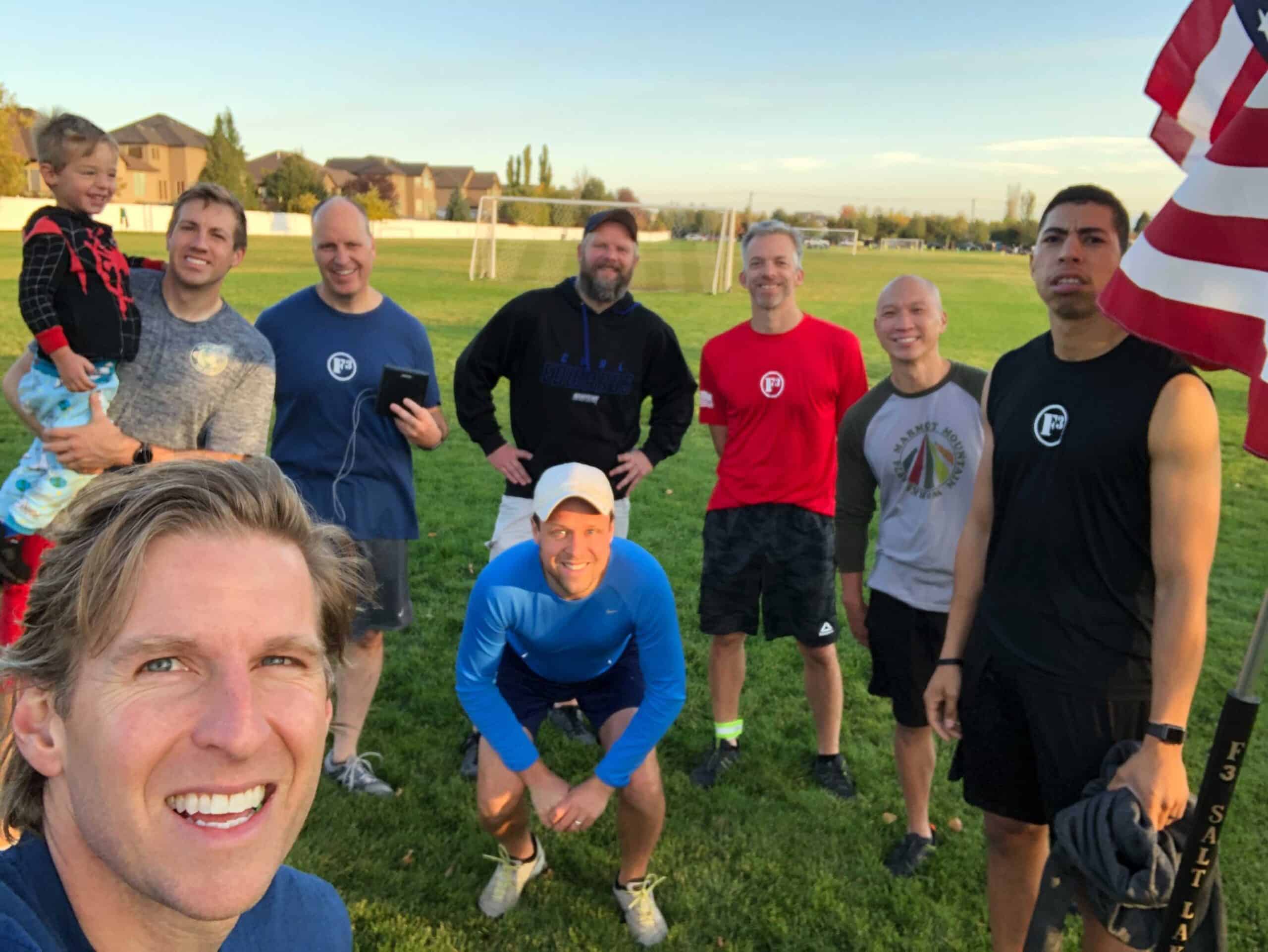 YHC discussed Eddie Van Halen a bit and why we were doing a tribute workout.

Set up music players on either corner of the field, rocking out to Van Halen of course. Thanks to Kingpin who brought his Van Halen mix as well to play in yet another corner. Teams of 4 set up, with one person doing squats in a corner, another doing situps in the opposite corner, and two more running relay style between. As soon as one person caught up to a station, they would start the workout for that station and the previous person would run to the next. With 4 people in a team it took a bit to get things going, but once it did we were well on our way.

Finished up with 2 exercises, alternating between burpees and flutter kicks. PAX could do either as long as the wanted. All the while, we were listening to one of Eddie’s epic guitar solos from a live performance of Explosion. 1 PAX already knew the twist which was this solo was > 10 minutes long!

Every PAX survived included FNG (for a regular workout at least) Pinterest who we convinced to stay after doing the EC ruck at the beginning.

YHC closed us out.