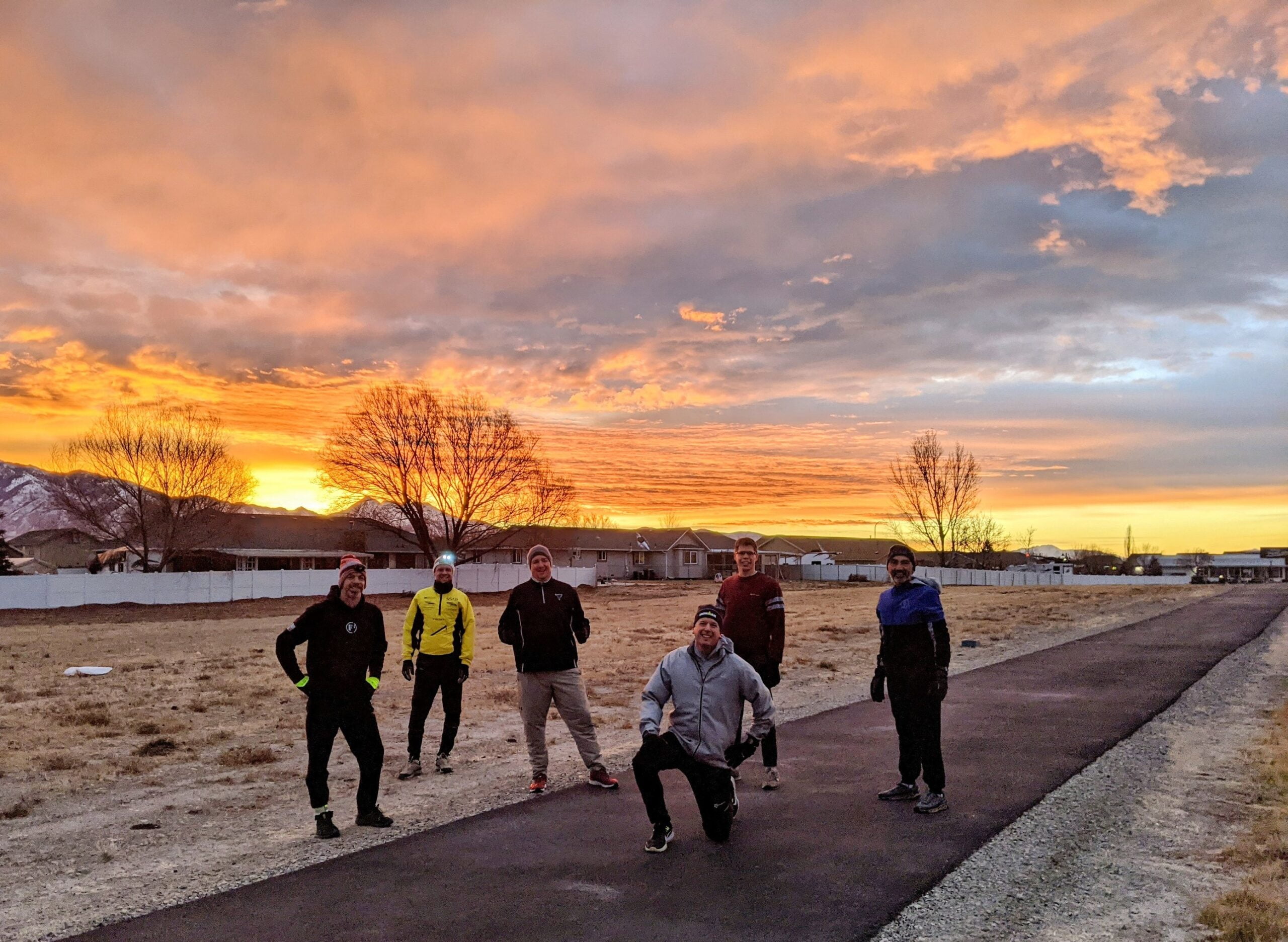 YHC wanted to surprise the PAX with a different route than we’ve covered in our year and a half at #TheShadows , or at least a different route than the various time I’ve posted there. So, we packed up shop and jogged all the way north on 40th West to Skye Drive (98th South), then took the canal trail south to 104th South and then back to the AO. The canal trail is officially called “Oquirrh Mountain Trail” as we noticed on a sign. This was news to the group who thought it was the “Welby Canal Trail”.

Anyhow, we did groups of Mericans/Squats/BradleyCoopers about every quarter mile, adding 5 reps to each every time we stopped. We started at 10/20/30 reps and finished at 30/40/50 rep. Near the end, we were treated to the incredible sunrise pictured in this BackBlast.

Upon our return to the AO, we saw Kingpin running towards us from the opposite direction. Turns out he had seen us as we were departing the AO during his late arrival. He figured he knew where we were headed to knocked out some penalty burpees for late arrival, mosied to the usual spots, but we were nowhere to be found. Of course, this was the surprise route day. The good news was he was there just in time to help Q our final set. We then picked up ~8 minutes of Mary, which was made more difficult by unique suggestions from the PAX, such as the “Dead Cockroach” (legs straight up in the air, arms alternating touching opposite foot), Longhaul’s speed MericanHammers (of which we did approximately 1000, or at least that’s how it felt), and more.

YHC closed us out. Felt good to work off the Christmas food!